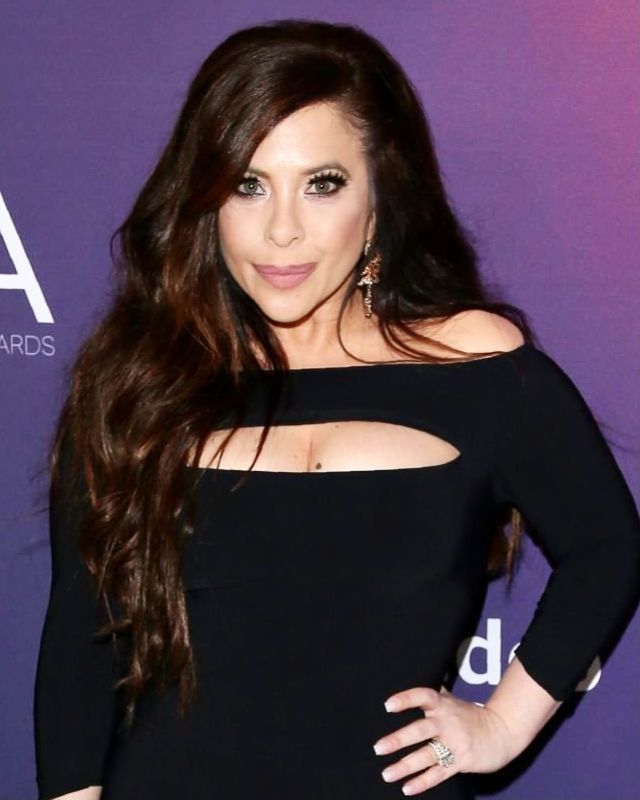 Brooke Lewis Bellas is an American-born famous actress and producer. She is famous for her outstanding role in Mystery, Thriller Films, and TV Series. Her notable role in iMurders (2008), Sinatra Club (2010), Red Rooms (TV Series) 2022, Stripped (TV Series) 2022, and more.

Brooke Lewis Bellas was born on September 1, 1975, in Philadelphia, Pennsylvania, United States of America. Her ethnicity is Caucasian, Italian, and Romanian and she is an American citizen. Brooke Lewis Bellas’s Zodiac sign is Virgo.

She started her dreams in Philly, then moved to New York City, and got her first “break” playing Donna Marsala in the Actors’ Equity Association Off-Broadway hit comedy Tony n’ Tina’s Wedding.

She shifted to Hollywood and launched Philly Chick Pictures in 2002. In 2007, she played Dr. Grace Sario in Kinky Killers on SHOWTIME and had the title ‘Scream Queen’ bestowed upon her.

In 2019, she was inducted into The Carney Board for the honorable Carney Awards Character Actor Hall Of Fame made in honor of character actor icon Art Carney.

Early Life and Education: Brooke Lewis Bellas Grew up in Philadelphia, PA and New Jersey, NJ. She spent her summers at the Jersey Shore, NJ. Her parents divorced when she was a child (2 years old). She was headed to Law School but chose to transfer to New York City to pursue acting and never looked back.

Brooke Lewis Bellas Started her regional and musical theater career in Philadelphia, PA and New Jersey, NJ, then signed with Tazmania Records/Metropolitan Records and released the freestyle music”Get Me Off Your Mind”.

She shifted to New York City and found success Off-Broadway with rave reviews in several newspaper essays for her portrayal of Berdine in the hilarious Charles Busch comedy, Psycho Beach Party.

Was cast as Ricko’s Girl, Mark Ruffalo’s girlfriend, in 54 (1998), but her scenes opposite Mark Ruffalo and Ryan Phillippe were cut on set during production.

Played the role of Stacey in the film teaser that won 3rd place in the original Project Greenlight on HBO.

In 2007, she roled Dr. Grace Sario in the horror, mystery Kinky Killers on SHOWTIME and had the title ‘Scream Queen’ bestowed upon her on the entertainment Platform.

In 2010, she was honored with the ‘B-Movie Award for Scream Queen of The Year’ for her performance in Slime City Massacre.

In 2015, she was a guest at the prestigious SAG-AFTRA Foundation Independent Features Screening Series with The Mourning.

In 2016, she was honored with the ‘Mary Pickford Award’ to “Highlight Women in The Film Arts” at Zed Fest. In 2017, she was honored by the prestigious Actors Awards with the ‘Best Actress In A Drama Award’ for her performance in Sprinkles.

In 2017, she was also acknowledged with the honorable ‘Stella Adler Acting Award’ at the Action On Film International Film Festival.

In 2018, she was honored by the prestigious Actors Awards with the ‘Best Actress In An Indie Film Award’ for her work in Psycho Therapy.

In 2019, she was inducted into The Carney Board for the honorable Carney Awards Character Actor Hall Of Fame made in honor of character actor icon Art Carney.

In 2020, she was honored in the best-selling historical commemorative coffee table book ‘1000 Women In Horror, 1895-2018’ and at the NOVA Fest with the ‘Best Supporting Actress in a TV Series Award’ for her work opposite star Casper Van Dien in Stripped.

In 2021, she was inducted into the Phillytainment ‘PA Celebrity Hall Of Fame’ and was also honored by television’s coveted Telly Awards.

Net Worth Of Brooke Lewis Bellas

We don’t have accurate information about her net worth, salary, or property. Brooke Lewis Bellas’ net worth is estimated to be between $2 – $5 million USD (Approx).

She is a passionate Philanthropist and has acted on Broadway at the August Wilson Theatre and the Palace Theatre to benefit Broadway Cares/Equity Fights AIDS as an AIDS Activist, has been an active force in several charities helping Breast Cancer Awareness for the Busted Foundation. And The Lynn Sage Foundation, Women Empowerment as a Board Certified Life Coach, and is a Celebrity Ambassador for the Breaking The Chains Foundation.

Q: What is the name of Brooke Lewis Bellas’ husband?

Q: What is the height of Brooke Lewis Bellas?